Head Smashed-In Buffalo Jump is one of the world’s oldest, largest, and best preserved Pis’kuns, or buffalo jump sites. 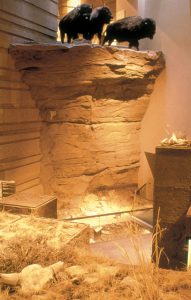 The Head-Smashed-In Buffalo Jump, documents and tells the story of an ancient hunting technique used by Plains People for thousands of years. The Plains Buffalo Runners herded the buffalo through a system of drive lanes then caused the buffalo to stampede over a cliff. A cliff of this nature is known as a Pis’Kun, Buffalo Jump. This Buffalo Jump produced more food in a single moment than any other form of communal hunting anywhere in the world.

Head-Smashed-In was used as a Buffalo Jump for almost 6,000 years and is one of the oldest, largest, and best preserved buffalo jumps on the northwestern plains. This site is older than the Pyramids of Egypt and Stonehenge.

Located in south western Alberta, Canada, HSIBJ is 90 minutes south of Calgary just west of Highway # 2. The site is open year round. Visit our web site for current admission rates and hours of operation. www.headsmashedin.ca

The site itself is situated on the traditional domain of the Blackfoot speaking people, otherwise known as “Siksikaitsitapiiks” 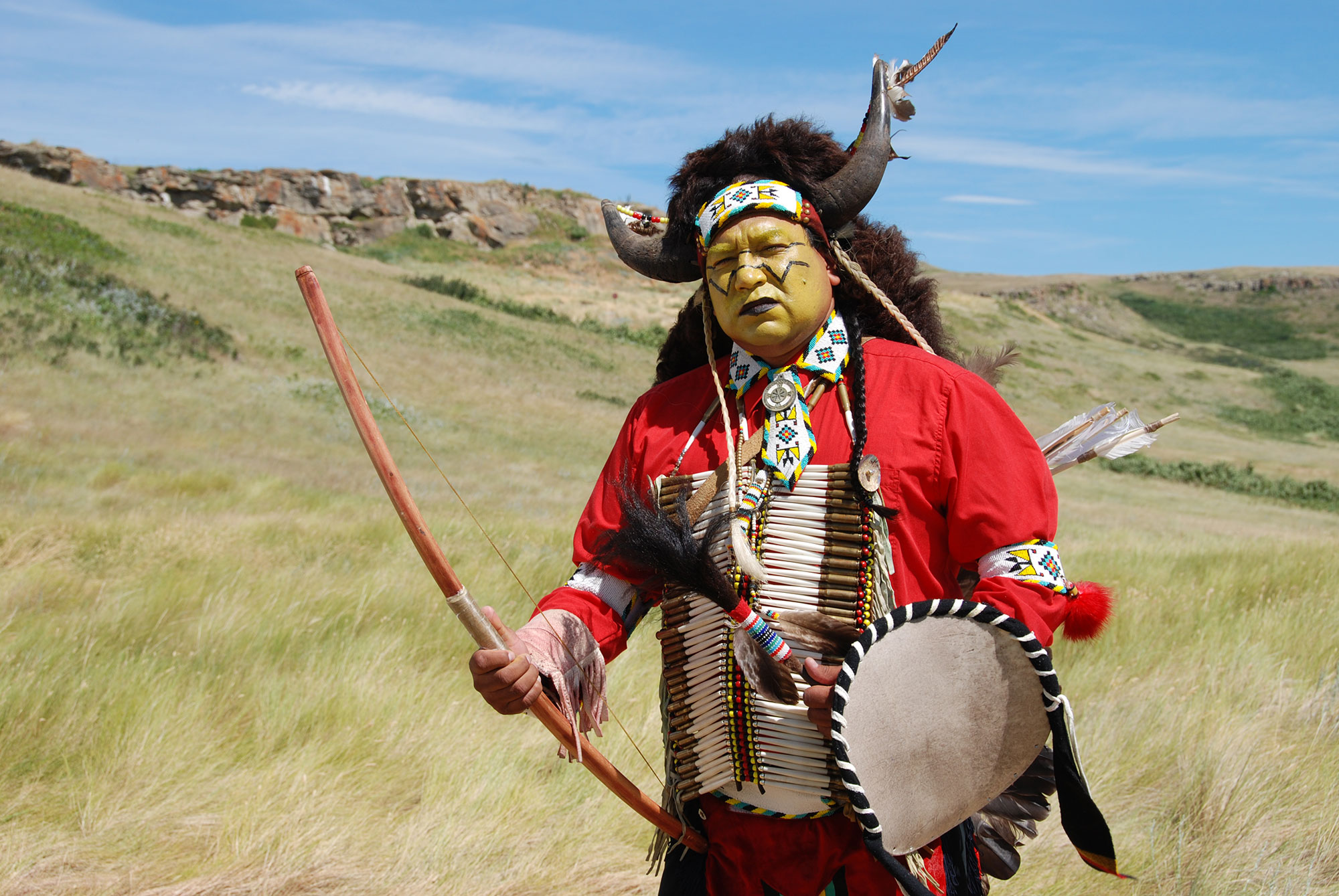 Head Smashed-In Buffalo Jump is one of the world’s oldest, largest, and best preserved…